The heavenly scenery of Mt. Tateyama can make all the difference to your road trip.

Surrounded by water on all sides, people on Noto Peninsula have a long, deep connection with the sea, making their living by fishing and agriculture. Travel from the west coast to the east, through its rolling hills, and you can get a glimpse of the lives of the locals, admiring their uniquely attractive landscapes.
The itinerary includes many uplifting stopovers, while the highlight is the magnificent view of Mt. Tateyama (立山) beyond the Sea of Japan. Mt. Tateyama has been historically regarded as one of Japan’s “Three Sacred Mountains” along with Mt. Fuji (富士山) and Mt. Hakusan (白山) since ancient times.

Explore the one and only beach in Japan where you can drive.

Have you ever driven a car on the beach? Chirihama Nagisa Driveway (千里浜なぎさドライブウェイ) is an 8-kilometer- (5-mile-) stretch of beach where the sand is so fine and so packed that vehicles,

Chirihama Nagisa Drivewayeven large buses, can be easily ridden right alongside the sea. If you arrive here just at dusk, you can take in a spectacular sunset over the Sea of Japan.The driveway is crowded with beachgoers during summer, so it’s a good idea to enjoy driving near the water’s edge during the low-season. There is no charge for driving on the beach, but it could be closed depending on weather conditions.

A hidden gem for temple enthusiasts.

Autumn is the best season to explore old temples and shrines, as most of them become awash in nature’s breathtaking palette of autumn colors. Located north of the Chirihama Nagisa Driveway just off Route 249, Myojoji Temple (妙成寺) has been known as one of the best spots for fall foliage. 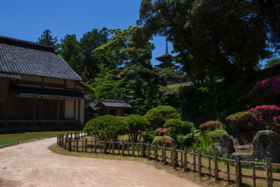 Myojoji Temple
The tall pagoda of the temple can be seen in the air when you approach the temple grounds. Founded in 1294 by the Saint Nichizo, Myojoji Temple thrived as the head temple of the Nichiren Sect in the Hokuriku Region. Most of the present buildings date back to the 17th century, and 10 of them including the main hall are designated as Important Cultural Properties. The five-storied pagoda, the largest wooden pagoda in the Hokuriku region, is particularly eye-catching. Infrequently visited by tourists, this temple is a hidden gem for those looking to see beautiful temple buildings and gardens without the crowds.

Taste a cup of perfectly roasted coffee while enjoying a countryside setting.

Hop on Route 415 that winds through the paddy field surrounded hills. Tucked away in the valley of Mikohara District (神子原), off of Route 415, Kanon Kaffee (神音カフェ) offers healthy food such as

Kanon Kaffeehomemade curry featuring local produce and a cup of perfectly roasted coffee,as well as some serious kicking back.
The pastoral district with terraced rice paddies itself is attractive, especially during late spring and summer as the rice paddies turn lush green. However, even after harvest season, you may feel an unhurried and unassuming rural way of life. Mikohara means “field of the Son of God”. This typically depopulated district got wide attention because the rice grown in this region was presented to Pope Benedict XVI of Vatican City State in 2005. If you want to taste the celebrated rice, pop into Miko-no-sato (神子の里), a homely shop run by a local farmer, where you can buy some onigiri rice balls. 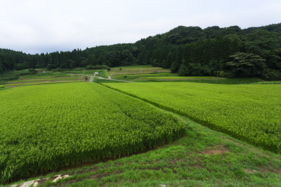 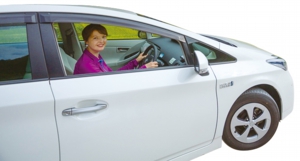 Pay a visit to a fun, energizing food & shopping mall for tourists.

Himi Ban-ya-gaiStay on Route 415 east to Himi (氷見) in Toyama Prefecture (富山県). Located near the fishing harbor facing Toyama Bay (富山湾) which offers some of the freshest seafood in the country, Himi Ban-ya-gai (氷見番屋街)is a fun, energizing food and shopping mall for tourists that was opened in October 2012. It really has it all: shopping and dining facilities,cafes and resting places, a hot spa and no-charge footbath, and even exhilarating seascapes. After breathing in the fresh air, enjoy your lunch at the restaurant where the seafood is served fresh from the ocean. Winter season’s specialty is buri (yellowtail). Buri is known as the king of winter in Toyama Bay, and the fish makes this small fishing town renowned throughout the country. If you would like a more sophisticated place to dine or take a tea break, make a short drive to Says Farm (セイズファーム), 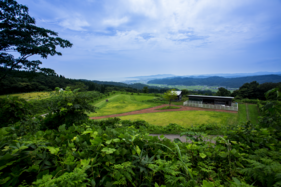 Says Farm provides a fabulous view.a winery-cum-restaurant situated on a hill commanding a fabulous view of Toyama Bay. Turn right at the Kitaomachi (北大町) junction in front of the Himi Ban-ya-gai, left at Mashima (間島) junction, and then right again at Yokawa (余川) junction, and you’ll find the route-showing signboard.

The only place in the world to see mountains nearly 3,000 meters high from the ocean.

Leaving the Himi Ban-ya-gai, turn right at the junction on the seaside road and drive some 6 kilometers (3.7 miles) to Amaharashi Coast (雨晴海岸). Widely considered the most picturesque scenery in Toyama Bay, this coast has a white sand beach, pine forests, and a few unique rock formations. You can also enjoy the magnificent view of the snow-covered Mt. Tateyama beyond the sea on a clear day. It is said that this is the only place in the world where you can see mountains almost 3,000 meters (9,843 feet) high from the ocean. Pull over for a while to admire the incredible view. A parking lot is found nearby Yoshitsuneiwa Rock (義経岩) along Route 415.

Driving across the peninsula may lead to unexpected discoveries.

If you are lucky enough to catch a glimpse of the mountains, you may want to enjoy this exhilarating drive a little further. From Amaharashi Coast, turn back to Himi Ban-ya-gai, and keep on cruising up Noto Peninsula along 373 that connects with Route 160 where a wonderful seascape can be found on the right side.
Let’s set the end of the itinerary tentatively on Sazanami Port (佐々波漁港) in Nanao City (七尾), Ishikawa. It seems to be just an ordinary fishing port in a non-descript rural area, but actually it’s known to be a quirky open-air art museum, where you can see over 100 world-famous pictures, from Monet and Matisse to Hokusai and Hiroshige, displayed all over the embankments. Local art students painted them directly on the walls. 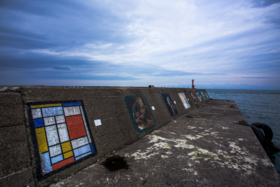 Take a short stroll along the embankments viewing the paintings.(Sazanami Port)
Overall, the main attraction of this itinerary has been the seascape with Mt. Tateyama, but since you have traveled up to Noto Peninsula anyway, you might take the opportunity to visit other notable sites and sights on the peninsula (see Road Trip #2).

Route Overview
Start/Finish: Chirihama Nagisa Driveway to Sazanami Port
Distance: 60km (37miles)
Seasonal Highlights: Mt. Tateyama can be viewed in the seasons of clear air from autumn to winter. In winter, Himi draws many tourists who come to enjoy the taste of buri (yellowtail).

The veiw of Mt. Tateyama beyond Amaharashi Coast. 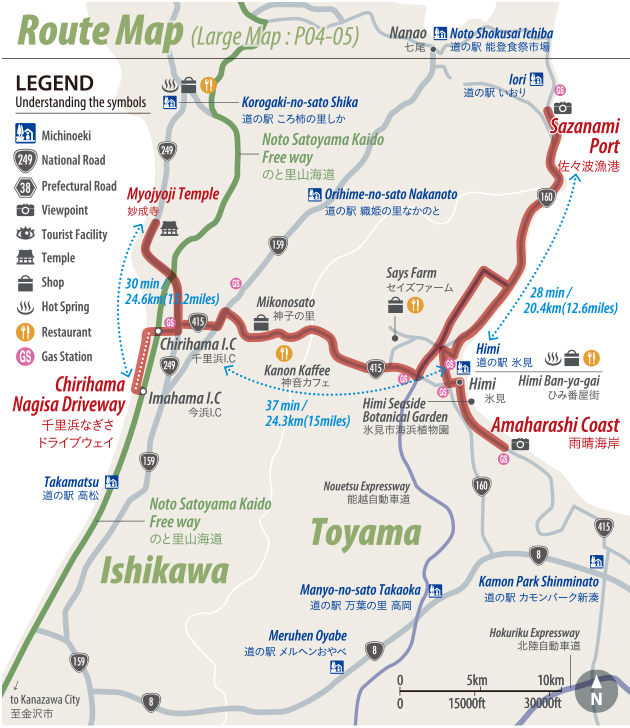 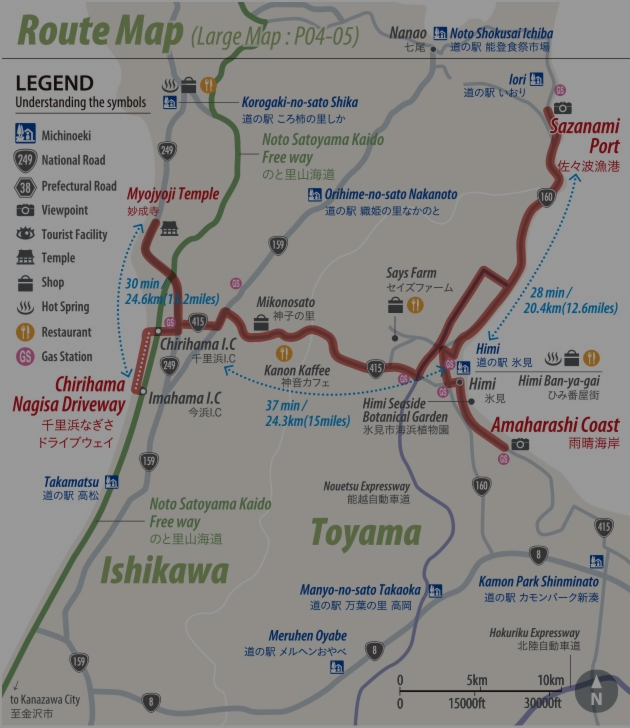